Published on January 31, 2018 | in Community
Not all Shea butters are created equal apparently, which is why family-operated Deluxe Shea Butter is pioneering West African fair trade practices, sustainbility and environmental conservation with the production of its unrefined skincare products.

Deluxe Shea Butter began educating Australians on the healing qualities of its salve in 2007 when the two founding brothers formed a partnership with their mother and aunt, the late Nana Adubea Yeboah II, Traditional Chief of Aduamoa in Kwahu, Ghana.

As a botanical, Shea butter is formally known as Vitellaria Paradoxa however, in Ghana, it is called ‘nkuto.’

The butter is yellowish or ivory in colour, extracted from the almond-like fruits of the Shea tree, grown in the West African Savannah region.

Deluxe Shea Butter sources its A-grade ’nkuto butter’ directly from female co-operatives that operate within the Kumbungo district of Ghana.

The process, which draws upon traditional methods, involves the collection, cleaning, segregation, drying, and pounding of the Shea nuts into a paste where it is then mixed with water and agitated by hand to produce a form of curd.

This top layer is collected and then purified into an oil and left to cool and solidify, resulting in unadulterated, pure Shea butter.

Rich in vitamins A, E and F, Deluxe Shea Butter’s African salve can be used for the treatment of dry skin, psoriasis and eczema, blemishes, skin discolourations, scars, stretch marks, and wrinkles.

Deluxe Shea Butter can also be used as a massage oil for babies and adults alike, and can help relax stiff muscles due to it’s anti-inflammatory, emollient, and humectant properties. 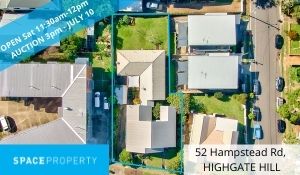