Milo House was designed for Lewis Jarvis Harvey by the Brisbane based architect Robin Dods, a practitioner with the highest reputation which persists to this day. LJ Harvey was an accomplished artist, carver, ceramist and sculptor and a figure of national significance. Harvey was a prolific craftsman who through his teaching and strong associations with the most significant Queensland artists of the day such as Daphne Mayo, Lloyd Rees and Robin Dods, influenced the development of the arts and crafts movement in Brisbane and Queensland and its flourishing artistic activity.

A Venus de Milo statue crafted by Harvey, hence the name of the house, once graced the front lawn but was left to a son as a legacy. The house name plate on the verandah wall, and the letterbox were also made by Harvey. Milo House was a hub for the local artistic community where Harvey hosted regular soirees in the huge dining/sitting room and in those times a grand piano stood where the partnerís desk now sits. Built in 1911, the house was occupied by the Harvey family for nearly 60 years and remains a typical “Queenslander” with north-east verandahs and a bush house which provides privacy and beauty to the eastern verandah. The finer details of the house such as the Siberian oak panelling and pressed metal ceilings and stained glass windows were a later addition to the residence. Some were probably added around 1916 and others after the First World War. The present owners have occupied this beautiful family home for the past 44 years and have respected its heritage and its unique place in Brisbaneís history.

The house was designed by Dods with three bedrooms and an internal bathroom although a toilet, which was external, was brought into the bathroom much later. Silky oak was used extensively throughout the house and the present owners incorporated silky oak when they extended the house, adding another bedroom, internal laundry and second bathroom and a large back deck without disturbing the integrity of the original house. Harveyís studio was extensively renovated by the present owners and is now a granny flat / teenager retreat which is self contained, insulated and airconditioned. This unusual bonus to the main house sits above the workshop, storage and garage area. The present owners would regularly find discarded and broken pieces of pottery, examples of Harveyís work, in the earth around his studio when they were gardening.

The gardens have been carefully maintained and over the past 44 years the owners have add conveniences for modern living. Modern bathrooms and laundry and a very workable craftsman built kitchen with gas appliances and generous storage are included in these comforts. This gracious old home now also features roof insulation, airconditioning throughout, ceiling fans, insect and security screens, a security system and electric opening gates, to ensure it remains an eminently liveable space. Located in West End in the prestigious and historically significant street, Gray Road, amongst houses that have rarely changed hands, Milo House is a rare find. 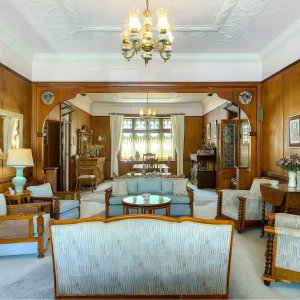 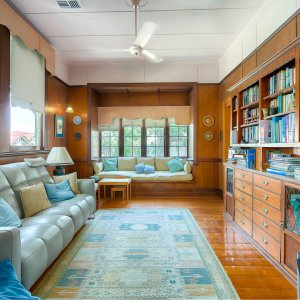 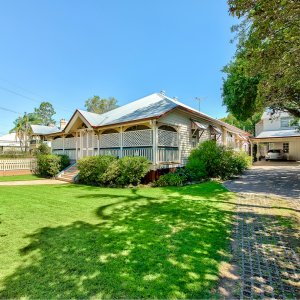 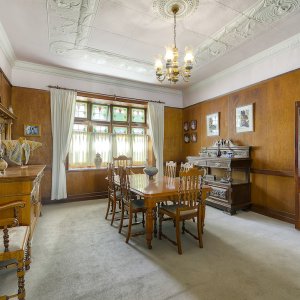 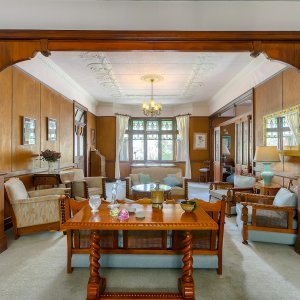 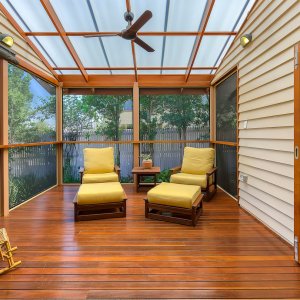