Louise Sugars has returned to her West End roots in her newly appointed role as the General Manager of The Greek Club. Known for its authentic Hellenic hospitality, The Greek Club has hosted more than 40,000 events, including Sugars’ own Year 12 high school formal. “I remember being excited that we had just finished school and looking forward to the new challenges that were laid out before us. As for the year, let’s just say it was in the 80s — big hair and taffeta dresses galore.” With many fond memories bound to West End, the vibrant inner-city suburb of her youth, Sugars is excited to be returning to create unforgettable experiences for guests at The Greek Club. She says her new role gives her an opportunity to give back to the community that gave her so much.

Growing up in West End, one of her favourite memories was stopping by her great aunt’s milk bar on the corner of Boundary and Vulture Streets for a milkshake. “Visiting my family was also a favourite past time. My cousins, two uncles and an aunt all lived next door to each other so it was very easy for us to all catch up,” she said. “My mother’s family home was in the middle where my uncle lived, opposite the old Rialto Theatre on Hardgrave Road, so Mum always used to go and visit them. We all were in tow.” Not much has changed over time, she says, except the traffic. ”I grew up in a West End with no traffic lights and very little traffic. Mal Meninga played for Souths at Davies Park and everyone was drinking Fourex and Crown Larger. Again it was the 80s.

“The development of QPAC and the galleries changed a few things. I remember working at the Llyrebird Restaurant not long after it opened and noticing more movement in the area. Then there was Expo 88 and everyone realised how central West End was. University students and young couples started moving in as it was a cheaper option than Paddington and only a short ferry ride to the Uni,” she remembers.

“This movement changed the local demographic and in turn changed the retail landscape. Whilst lots has shifted —apartments, restaurants, bars — it’s the things that haven’t changed that I love. The Swiss Deli, Shay’s Shoes, the Chemist, picnics at the Orleigh (Park) and of course The Greek Club, and the people who live, work and visit are still diverse and community spirited — we all look out for each other.

“The Greek Club is built on a tightknit community with many initiatives such as St Nicholas Nursing Home, GOC St George Greek School, GOC CARE Aged and Community Care Services and the GOC Childcare Centre — I look forward to continuing this legacy,” Sugars said. “Since my move back to Brisbane from Adelaide I‘m currently residing in Manly West, however with the amount of time spent at The Greek Club and visiting friends and family in 4101 it’s certainly my second home — I seem to be in the area more than my own home.” 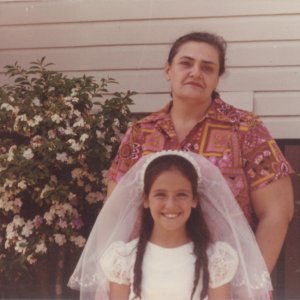 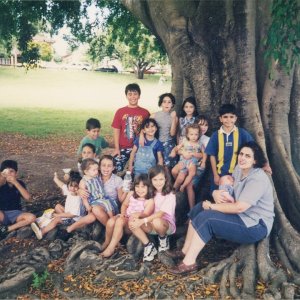 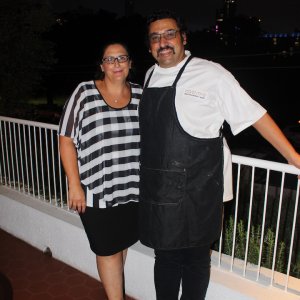