A stellar line-up of singers accompanied by an almost 50-strong Opera Queensland Chorus and the Queensland Symphony Orchestra (QSO) will captivate audiences over two spinetingling performances at 2pm and 7.30pm.

Bringing power and passion to the repertoire are sopranos Eva Kong, Sofia Troncoso and Rebecca Cassidy, mezzo-soprano Hayley Sugars, baritone José Carbó, tenors Rosario La Spina and Virgilio Marino and bass-baritone Timothy Newton. Joining them on stage is acclaimed baritone James Clayton who returns for his first appearance with Opera Queensland in more than a decade.

Joining them on stage is acclaimed baritone James Clayton who returns for his first appearance with Opera Queensland in more than a decade. The QSO, led by Principal Conductor Johannes Fritzsch, will infuse each piece with the grandeur and energy the master Italian composer intended.

Opera Queensland CEO & Artistic Director Patrick Nolan said VERDI was an elegant extravaganza that celebrated one of opera’s most revered and respected composers. “VERDI reveals the extraordinary emotional range and technical virtuosity of a composer whose instinct for drama has ensured his works remain vibrant and alive,” Mr Nolan said. “How better to pay homage to Guiseppe Verdi than with a glorious, full-scale production featuring some of Australia’s finest opera singers, a powerful chorus and the might and majesty of the QSO, led by Johannes Fritzsch. Viva Verdi!” 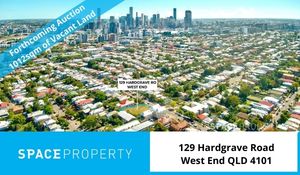