Gladstone Road is now home to Dorothy Jean Hair Salon on the cutting edge of eco-friendly hairdressing. Nadine Johns-Alcock is the brains behind the brand, creating a hair salon where the people of Brisbane “can escape the crazy life of living in the city and be able to relax and retouch to feel beautiful again.”

Johns-Alcock fell into hairdressing as a resolve to needing an income after leaving school in Year 10. She never expected her first Saturday morning job in a salon would lead to a successful, lifelong career. “I didn’t ever want to be a hairdresser; I wanted to be an English teacher,” she confesses, admitting she studied literature at University part time during the first 15 years of her hairdressing career. In 2013, Johns-Alcock sold the two salons she had established to pursue a change of career, following her dream of becoming an academic. But she ended up back in beauty, her “true passion”, finding it was where she felt she belonged.

Despite then becoming the National Education Manager for GHD across Australia and New Zealand, she still craved the intimacy of being a hairdresser, which has led her to opening Dorothy Jean. “I’ve really missed the relationship I had with my clients and being part of the local West End and Highgate Hill community. I just wanted to get back into being in my favourite place — behind the chair.”

Coining the term ‘eco-glam’, Johns-Alcock has built her third salon “for the professional woman who lives in the inner city and loves the fresh, clean Queensland sunshine and the tranquil bliss found in nature”. Looking for a relaxing respite from the day to day, the Dorothy Jean woman feels transported by the arts, is conscious of her footprint but will not let that stand in her way of looking polished and sophisticated, she says. The salon is more than just a business to Johns-Alcock, but a way of honouring her beloved family members who came before her. Dorothy Jean is named lovingly after Johns-Alcock’s nanna. “My nanna passed away a few years ago, and about six months ago my mother passed away as well. As the only woman left in the family, I began to think about what was important to me and who I was, and about what I had learned from my mother and my nanna. I decided to name the salon after my nanna in her honour.”

Balayage, blow-dry, trims and foils aside, Dorothy Jean Hair is doing its part in the fight against climate change, ensuring clients can leave the salon with clean hair, and a clean conscience. “The salon’s tag line is eco-hairdressing because we are very concerned about being sustainable and our footprint.” Johns-Alcock hopes the strength, vivacity and integrity of her nanna will live on in the salon, a result of a woman living in the early 1900s battling the stigma of a multicultural union. “She loved the summer, clean white walls, a tropical garden, mid-century rattan furniture, and always loved a touch a pink lipstick.” 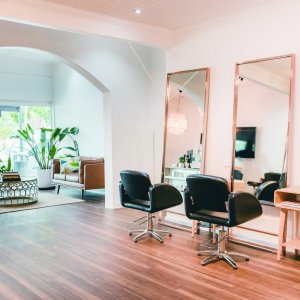 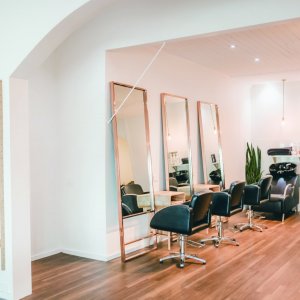 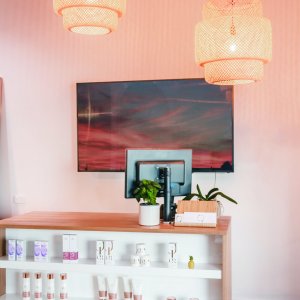 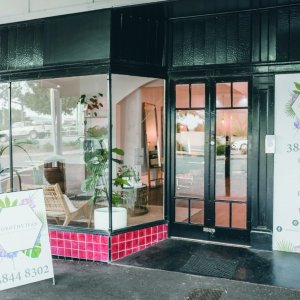 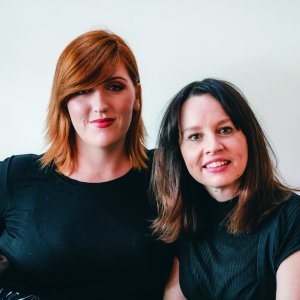 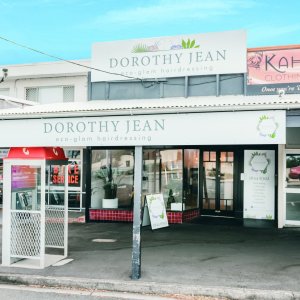