The Australian Ballet invited Brisbane-ites to join them down the rabbit hole at its production of Alice’s Adventures in Wonderland. Choreographed by Christopher Wheeldon, the production is a delightful re-imagining of a childhood favourite.

Wheeldon has translated the wit and charm of Lewis Carroll’s story into dance, with extravagant sets, magnificent costumes and an extraordinary score. Wonderland comes to life with puppetry, eye-bending illusions and playful costumes. QPAC’S Lyric Theatre was transformed into a fairytale wonderland, the dancers using the full length and width of the stage to dazzle the audience. All performances throughout the production are strong, each dancer performing confidently. An extra level of skill on show, emotion was convincingly conveyed throughout. Gestures, movements and facial expressions combine with the captivating musical score to communicate with the audience, without the need for words. The story is one we are all familiar with, making following the events a simple task. More time, then, can be spent appreciating the wonderful dancers which form the cast.

Highlights of the production include the Cheshire Cat–a composite of several puppet masters, weaving and wending around the stage, and the Red Queen, whose menace is palpable. Spending some of the performance confined to a box, the audience was left in no doubt of her dancing prowess by the show’s conclusion. Winning cheers of delight from the audience were the ensemble of hedgehogs. The tiniest members of the dancing cast, it seemed the hedgehog children were as excited to be included in the production as the audience was to have them there

Breathtaking visuals are provided courtesy of  Tony Award-winning designer Bob Crowley and a colourful score by Joby Talbot is performed live by Queensland Symphony Orchestra. With the spectacle of Broadway, this ballet transport you into the depths of your imagination.

Alice’s Adventures in Wonderland is touring nationally throughout 2019. 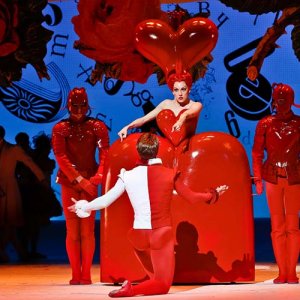 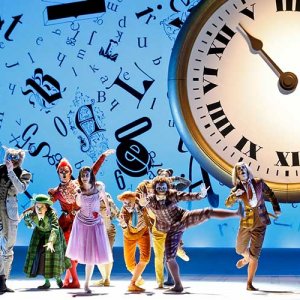 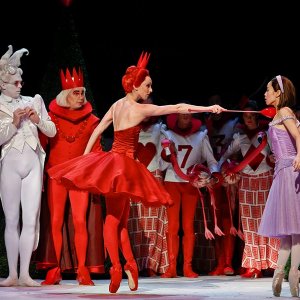