Wheel of Fortune‘s confronting, sensual and hilarious depiction of the hustle and bustle of Brisbanians is not for the faint hearted. Troy Armstong from TAM presents and Optic Archive, Brisbane’s newest scene production collective, collaborated on this amazing piece, delivering a well-choreographed mix of film and theatre, showcasing excellent Australian and local talent. La Ronde by Arthur Schnitzler, originally written in 1897, has been readapted in this production to include modern day references to dating apps, social media and instant gratification.

A buzzing Lumen Room at MetroArts on Edward Street was the set for the opening night, with an audience filled with men and women of all ages. The provocative theatre and cinematic piece engages the audience on a journey of encounters between Brisbanians as they battle through the infamous tropical Queensland summer. The opening cinematic montage featuring familiar scenes of the South Bank wheel and Queen Street mall, automatically sets the scene. The insightful and exciting integration of film and theatrics allows the audience to literally witness the scenes come to life on stage.

The show features 10 relateable and vulnerable characters, navigating their way through risky and scandalous relationships. The raw essence of Brisbane’s diverse groups and individuals are captured through characters portraying sugar daddies, socialites, teachers, students, trans-women and American marines – nothing is out of bounds.  Set in a “revolving door” style, the audience was never bored with new and enthralling characters being introduced constantly. Among the eroticism and humour were darker themes of sexual assault, suicide and adultery. The local flair of the production provided the show with a unique edge, as the audience chuckled along to references of The Beat nightclub in Fortitude Valley and the “brown snake”. Cheeky one liners, sexual innuendo, and wall breaks, the production is enthralling, fresh and modern, perfect for someone seeking to dip their toe in waters outside their comfort zone. 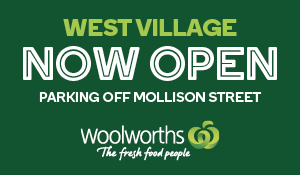