The ultimate Asian fusion cafe has come to West End. Opened in October on Browning Street, The Garner (meaning granary; rice and grains) is co-owned by brewer Ethan Dou and chef Jerry Huang. The duo’s expertise has combined to form the niche café, delivering 4101’s perpetual coffee fix while offering a diverse Asian inspired brunch menu — from signature congee to soba salads. “West End is the perfect location for its multicultural vibe. The house is a beautiful old Queenslander with breezy courtyard. It’s a perfect place,” Dou says.

Chinese born, he is no newcomer to Brisbane’s coffee scene. With 10 years experience — seven of which focused on speciality coffee — Dou overtook Street Lab Speciality Coffee in Fortitude Valley early this year, brewing the pick me up caffeine hit for corporate workers and others in the CBD. But now, he is evolving with The Garner, stepping into the eclectic and diverse hub of West End. “Street Lab was just a focus on coffee. But The Garner has more potential, such as open dinners, holding coffee events, and functions. I always wanted to do something to gather all my friends,” he says.

Interestingly, Dou believes in a simple 4-3-2-1 theory: forming a brew depends on 40 per cent beans, 30 per cent roasting profile and skill, 20 per cent equipment and 10 per cent from the barista. “There’s lots of work behind the coffee. It’s not as simple as [being] in a cup. Even now, I’m still learning,” Dou concedes. Initially making coffee just for fun, Dou’s passion is inherent with particular interest on coffee bean origins and countries. From producing black espressos to cold drip filters, rich cups are only half of the story.

Co-owner, friend and chef Jerry Huang, has previously cooked at the much acclaimed French restaurant, Madame Rouge, and Asian street food restaurant, Chu The Phat. Alongside his Asian heritage and home, Huang sees The Garner and West End as the perfect place to be. “[I’ve] always been interested about Asian food, but when I started learning cooking, I was more focused on Western cooking,” Huang reflects.

The Garner has a simplistic but intricate menu. Think: baked miso eggs with eggplant, butternut pumpkin and sweet miso, deep fried panko chicken, soy braised mushrooms with peppercorn and osen egg, and miso beef cheeks slow cooked in red wine with pickled vegetables — all ready to be devoured. The menu will continue to evolve, adapting seasonally so there is always something to try. Presenting French baking delicacies from Choquette in the city, plus tea, juice and smoothie options, The Garner delivers an unmissable brunch, whether in its open courtyard or traditional interior. Open every Wednesday to Sunday — between 7am and 1.30pm on weekdays or until 3pm on weekends — The Garner infuses vibrant Asian and Western food cultures with rich coffee brews from the passionate duo. This ultimate Asian fusion café chic spot is a great place to converse and relax in our 4101 peninsula, or for that quick takeaway grab. 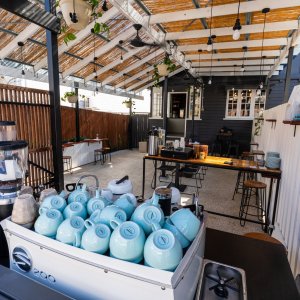 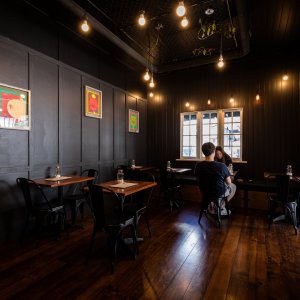 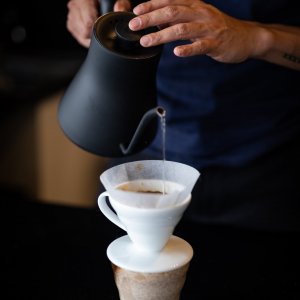 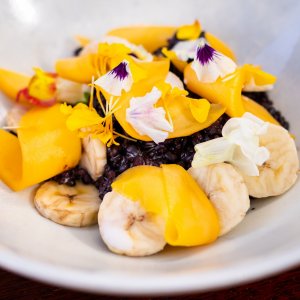 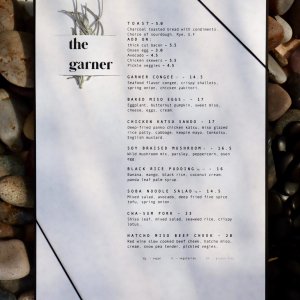 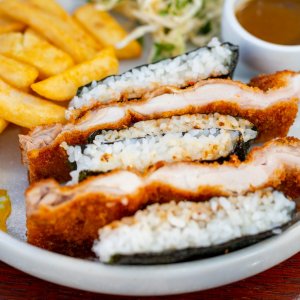 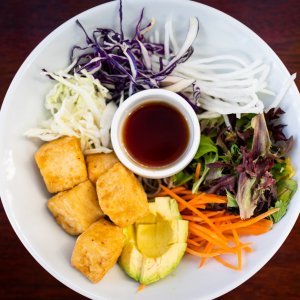 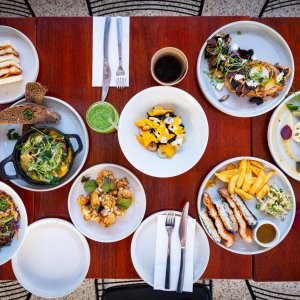 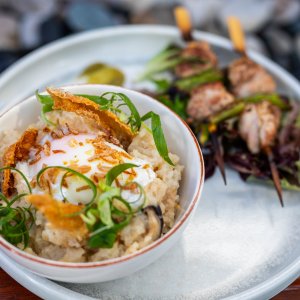 Written by Henry Man
Images via The Garner