With the soothing vulnerability of indie-folk and the intoxicating finesse of blues-rock, Brisbane’s Jordan Merrick is known for bringing a unique flavour to his sound, combining influential styles to deliver deeply ruminative music containing transformative abilities.

Dishing out a dynamic collection of blues-infused folk tunes this year with the release of This Rainy Day and Lonelier Than You, Jordan Merrick is moving deeper into the world of blues-rock with his new single The Waiting Blues, released on 1 October. The song provides a new insight into what can be expected from his upcoming album Waiting Blues, set to be released on 5 November.

Moody and demanding, The Waiting Blues opens with a fingerpicked ukelele as trembling keys,  a bassline and blues-rock electric guitar riffs unveil a chorus of voices beginning a slow call commanded by Merrick’s deep tones. Walking a lonely path through nostalgic towns, the song builds slightly with bursts of additional percussion as each chorus brings a changing desire, haunting in every delivery. Filled with lust and longing, The Waiting Blues transports us to a world with a jazz club on every corner, where the liquor is improvised and unregulated, while still offering glimpses of the modern world through Merrick’s eyes.

Using his knack for storytelling, Jordan Merrick wrote The Waiting Blues as a tale of love lost, and the path taken to find it again, journeying through physical and spiritual obstacles. “The Waiting Blues is a blues ballad about losing your love, retracing your steps and hoping to stumble upon it once again,” says Merrick. 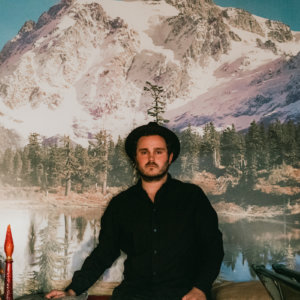 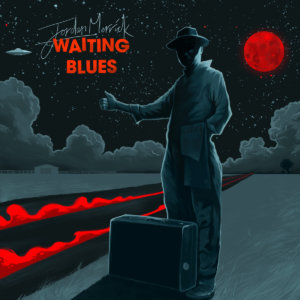